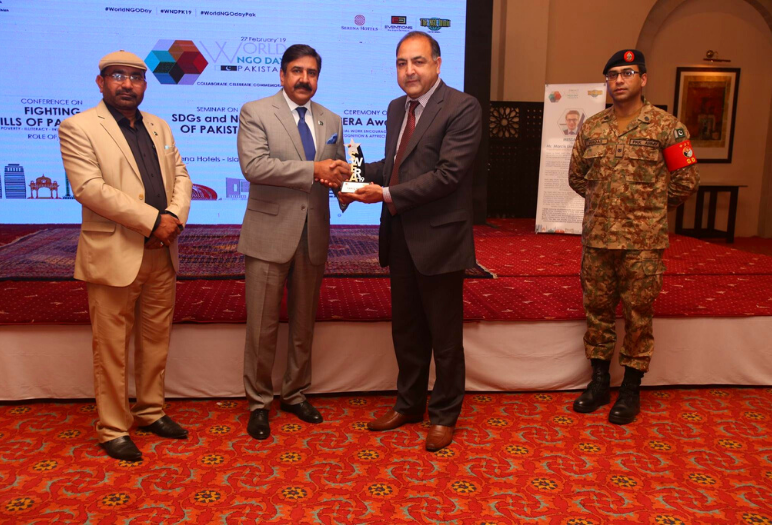 The term “non-governmental organization” (NGO) was coined in Article 71 of the Charter of the newly formed United Nations in 1945. It is a not-for-profit organization that is independent of government influence.

World NGO Day is celebrated each year on February 27. This year various ceremonies and conferences are scheduled at Islamabad’s top hotels. Events being held this year include Role of NGO’s to fight ills of Pakistan, Exhibition of Innovative Projects by NGOs, Seminar on Sustainable Development Goals, and the SWERA Awards (Social Work Encouragement Recognition & Appreciation).

World NGO Day is being celebrated with activities in cities across the country, and members of the public will have an opportunity to interact with NGO staffers to gain an understanding of the issues they face.

The objective of NGOs is to improve the welfare of humanity. Pakistan values the role of NGOs, as the government does not provide some services due to its limited resources and lack of capability in some areas. But NGOs are able to deliver these services because they have greater resources and experience and face fewer bureaucratic obstacles.

The history of NGOs in Pakistan goes back almost seven decades, but they really gained traction in the 1980s. Many local and international NGOs mushroomed in Pakistan due to Afghanistan’s issues during that era. Pakistan offered a very friendly and liberal environment for NGOs. The procedures for registration and operating were among the most liberal in the world. In the early 1980s, many NGOs were established to help address the situation in Afghanistan. They performed quite well but later shifted their focus.

Unfortunately, a few of them were involved in espionage and other anti-state activities. Money laundering, hired killers and terrorism were associated with some NGOs. Some international NGOs concealed their bank accounts and sources of income and voided scrutiny by independent auditors.

As a matter of fact, by taking advantage of the liberal and friendly policies of Pakistan, almost all major international intelligence agencies infiltrated the country using NGOs for cover. They regularly approached disgruntled or destitute Pakistanis, offering them cash to serve as pawns in many anti-state activities.

They took advantage of the freedom they enjoyed in Pakistan, using it against Pakistanis. The government of Pakistan identified NGOs fitting this profile and asked them to behave correctly. Those who changed their ways were assisted in their efforts to operate in Pakistan. But a few of them were not willing to comply and ceased operating.

Today, there are hundreds of national and international NGOs successfully working to improve social welfare in Pakistan. They are playing an important role in health, education, poverty eradication, women’s rights, child protection, etc. Their work is admired and appreciated.

Pakistan will welcome any new NGO wishing to operate in Pakistan as long as they sincerely make an effort to help humanity. Pakistan is a liberal and open society but its national interests cannot be undermined by anyone.

Pakistan is a developing nation and the government sector may face limitations when it comes to providing welfare services, so the work of NGOs is appreciated and admired.

This year, the PTI government will do whatever it can to help the NGO sector achieve its goals.